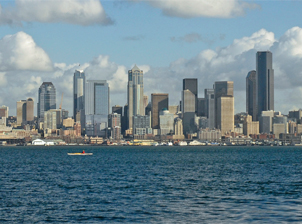 The Pacific Northwest. It’s beautiful, it’s filled with fun things to do and it’s home to the deadliest rivalry ever known between two similar cities. Actually, not really. Portland and Seattle are more like siblings than they are dueling heavyweights.

END_OF_DOCUMENT_TOKEN_TO_BE_REPLACED 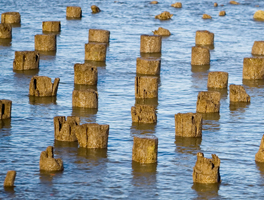 Why is Portland nicknamed Stumptown?

END_OF_DOCUMENT_TOKEN_TO_BE_REPLACED

You knew it. We knew it. Fred Armisen and Carrie Brownstein knew it. Portlandia is not an accurate portrayal of Portland. So, why was it that when a recent poll revealed that Portland residents care about topics like the economy, people were shocked?

END_OF_DOCUMENT_TOKEN_TO_BE_REPLACED

Portland is unprepared for earthquakes… or flying monkeys.

Did you know that Pioneer Square Mall is not at all retrofitted against a rampage of rabid rhinoceros? Or how about Voodoo Donuts possibly collapsing at the prospect of not having the capacity to handle a convention of Oprah fans with a mad-on craving for No Name donuts? How about the Portlandia statue being able to resist the vicious attacks from a pack of crazed flying monkeys fresh from Oz?! Whenever there’s a disaster somewhere in the world, there will inevitably be comparisons regarding the unpreparedness of other cities to that disaster. In this case, Portland’s public schools are not prepared for a 9.0 magnitude earthquake like the one that hit Japan.

END_OF_DOCUMENT_TOKEN_TO_BE_REPLACED

Portland’s not a good city for people with a fear of bridges; a total of eight crisscross the downtown area. With the devastating earthquake and aftershocks in Japan, officials have started taking another look at the state of our fine city’s bridges, and the results are not good.

END_OF_DOCUMENT_TOKEN_TO_BE_REPLACED

One of the things that makes Portland unique is the fact that it’s split up by two rivers and fifteen billion bridges. The rivers divide Portland into an east side and a west side while Burnside Street divides into north and south – making five quadrants.

Wait. Five quadrants? How is that even possible seeing as how, by definition, a quadrant is one of four?

You’ll discover that what Portlanders lack in math skills (and, often times, common sense), they make up for in eclectic lifestyle preferences. The quadrants are simply named as followed: Northwest, Northeast, NoPo (Northern Portland), Southeast and Southwest.

I’ve had the unique experience of living in almost all of them (and more) within a 3-year time frame, and Northwest is my personal favorite. Now, in no way am I trying to disregard any of the others (except for maybe the overrated and highly odoriferous Southeast which is filled with slackers, hippies, and, worse, Reedies), Northwest just happens to be where I spent the most time when I first moved here.