Why is Portland the Rose City? 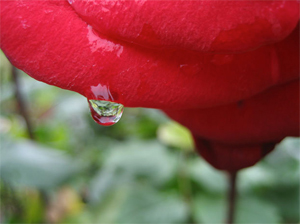 If you’re new to Portland (or you’ve never been motivated to investigate), you might wonder: why is Portland called the Rose City or the City of Roses?

There are said to be a few different sources for the name. In 1888, the Episcopal Church held a convention where attendees referred to Portland as “the City of Roses.” This caught on when, in 1905, the mayor (Harry Lane) came up with the idea of an ongoing festival dedicated to roses while attending the Lewis and Clark Centennial Exposition. Two years later, in 1907, Portland held its first Portland Rose Festival.

Another possible source for the nickname is Leo Samuel. He founded the Oregon Life Insurance Company in 1906 (now Standard Insurance), and enjoyed growing roses outside his home. He even placed a pair of cutting shears so people could take a rose with them. This inspired other individuals and businesses to grow roses, too.

This brings up the third source – roses grow like crazy in Portland. They grow so well here that Portland has an International Rose Test Garden which is free to visitors. The garden does exactly what its name implies: they experiment and grow different varieties of roses every year.

If you’re looking for something to do that it’s authentically Portland, definitely check out the Rose Test Garden and the Portland Rose Festival. You can’t go wrong.